Thank you very much for all host family.
Many kids desided not cry today. 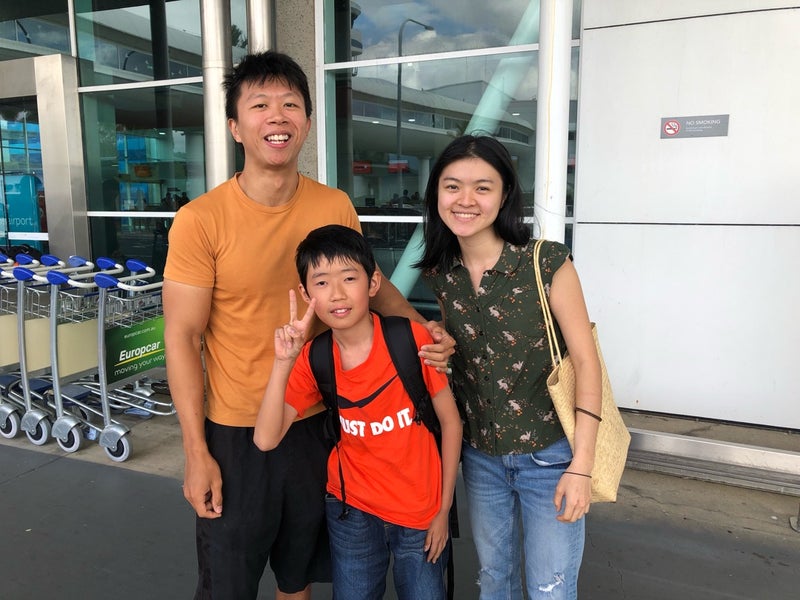 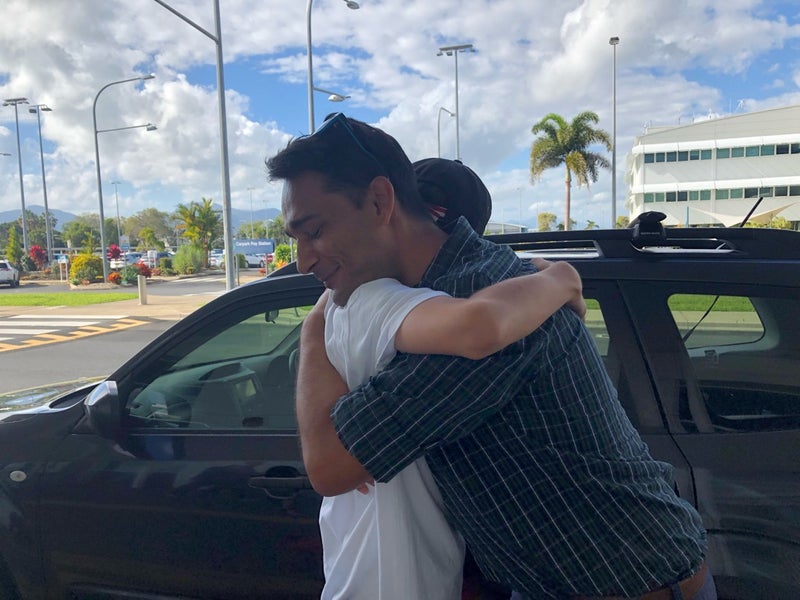 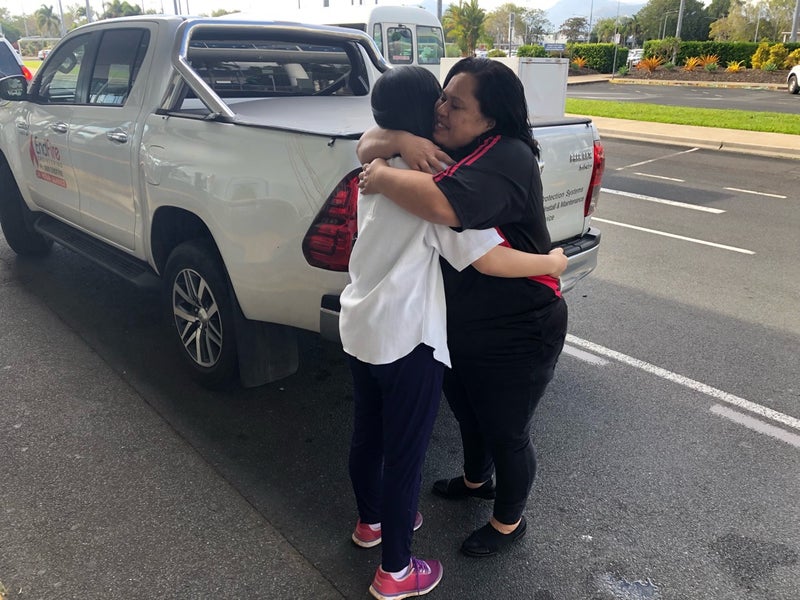 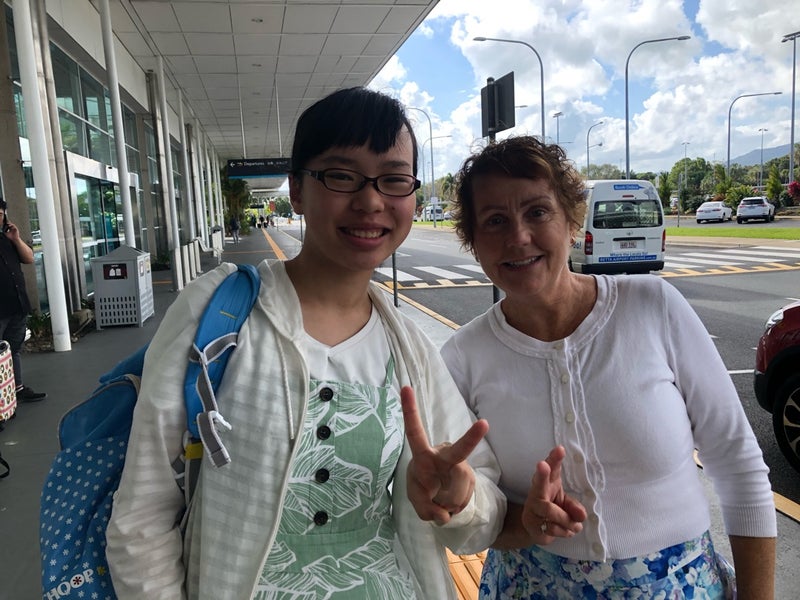 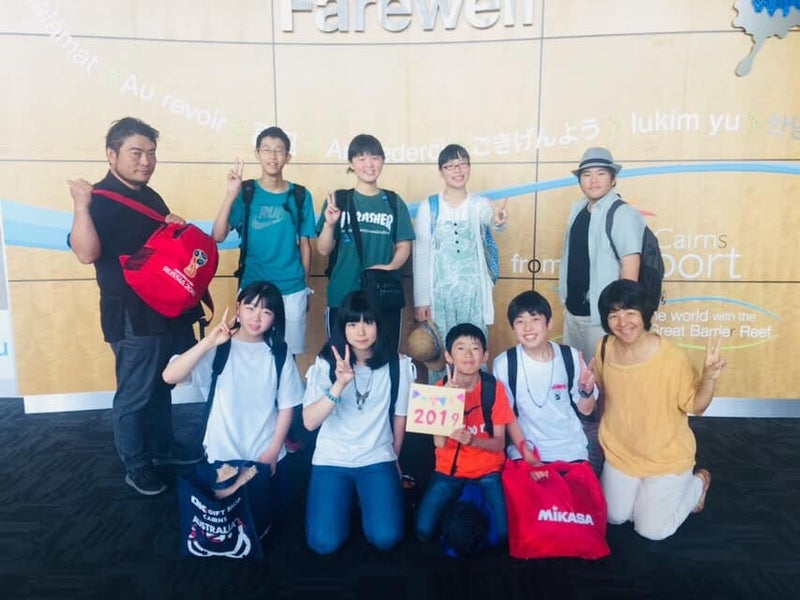 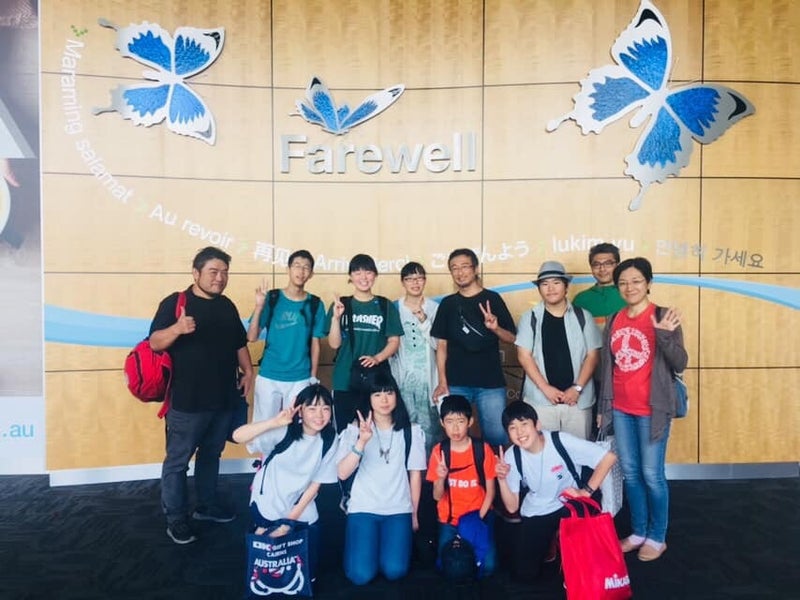 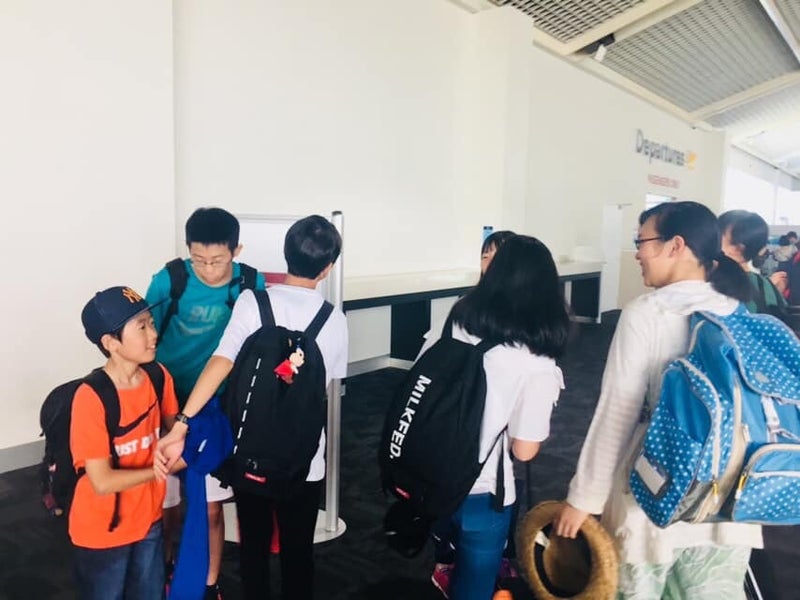 Thank you very much for great time! 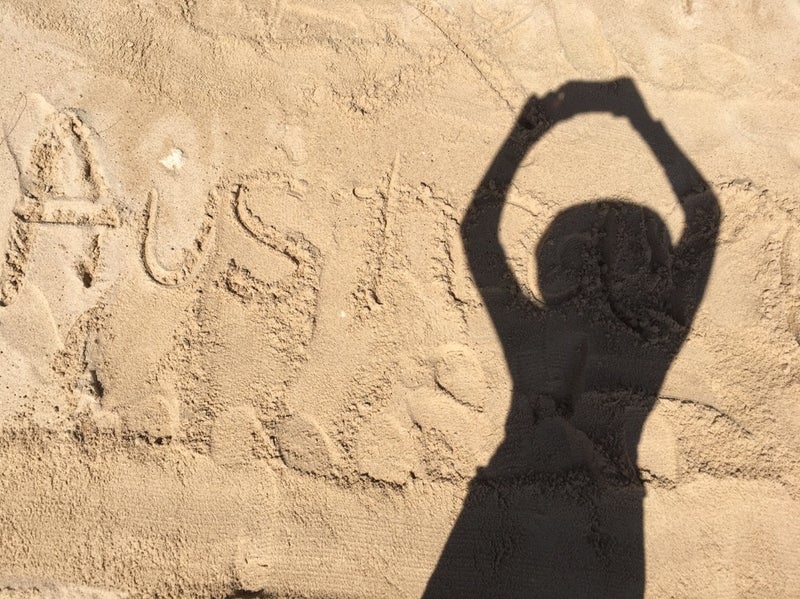 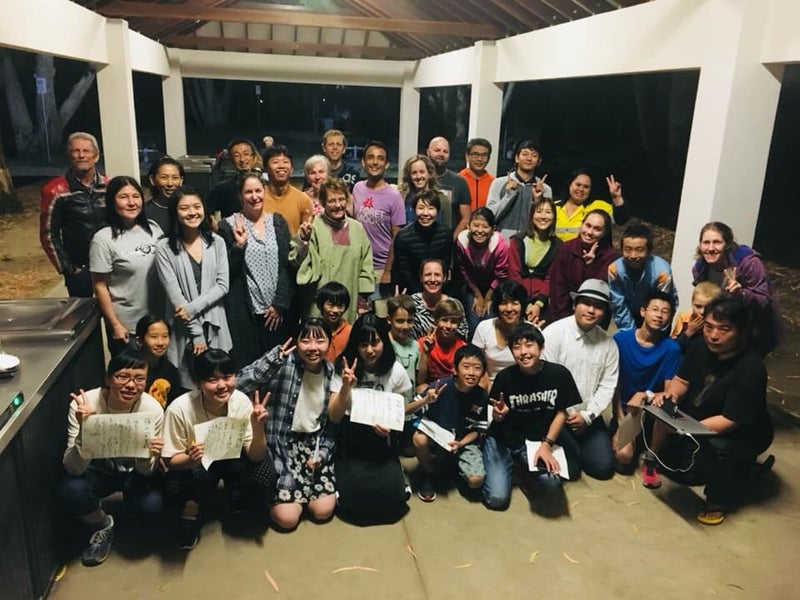 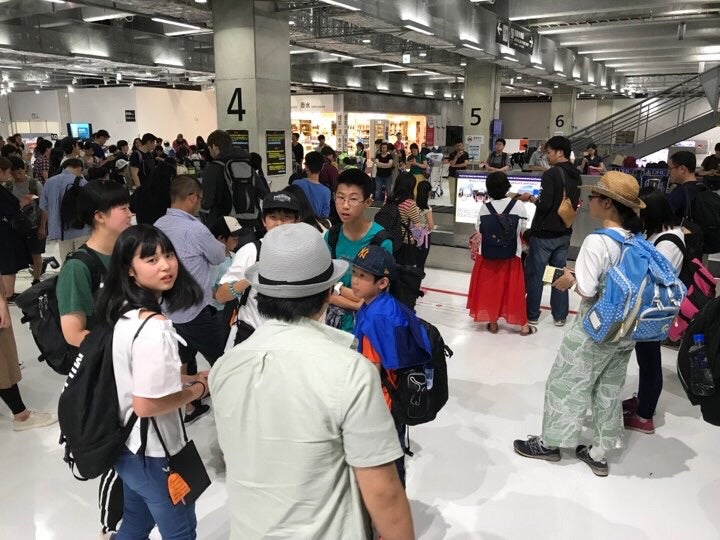 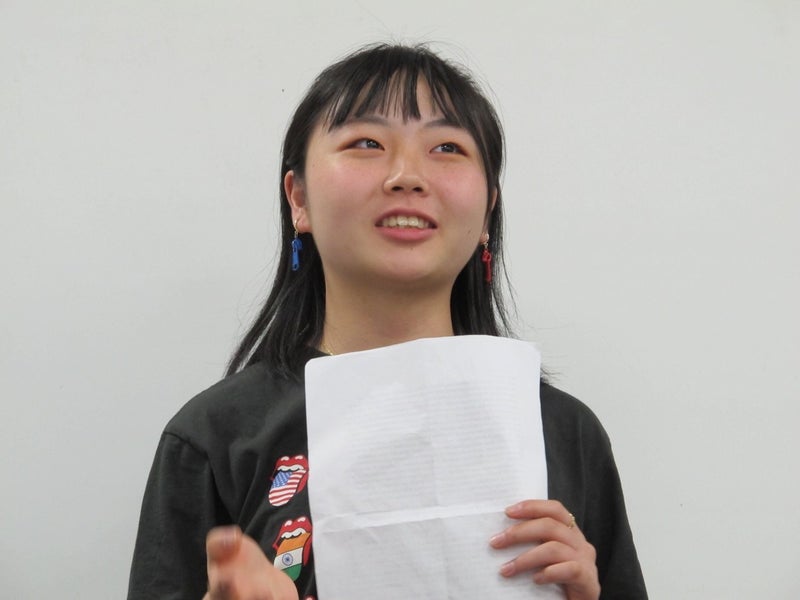 First impressions:
Maki, Masayo, Jun and Yoshiki came to the airport to see us off. My host mother and host sister have been saying "thank you" right until the end, and I felt the same in return.

Reflections:
After transiting from plane, to train, then to another train, we arrived at the hotel at about 10 o'clock. We were all tired and hot, but we arrived safely. It has been just under two weeks since we were last in Japan. Soaking in a hot bath tub, I felt glad to be home.
Today is the last report. Day by day, the feeling of gratitude grew stronger. Wherever we went and whatever we did, we could not do anything without helping hands, and was once again thankful for the support and help of all the people. Next time, I'd love to be on the side of helping others, and I want to work hard to repay the kindness of everyone in Cairns!!
I will not forget how I received help from so many people.
Thank you so much. 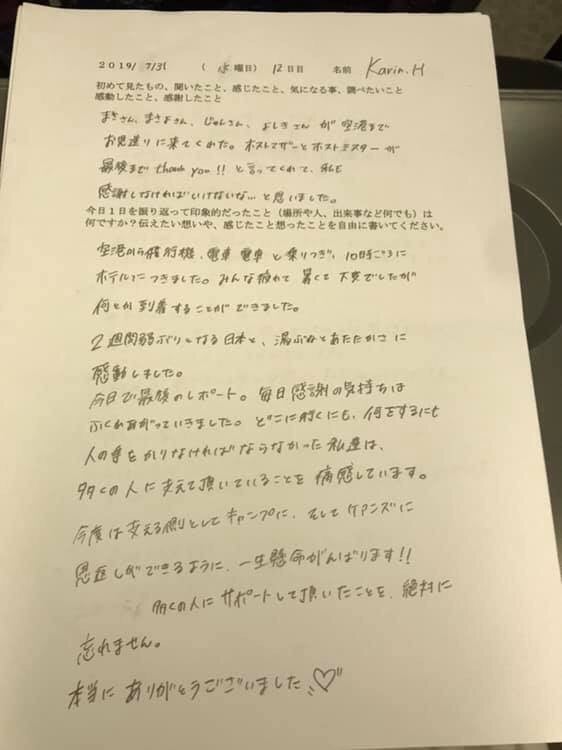 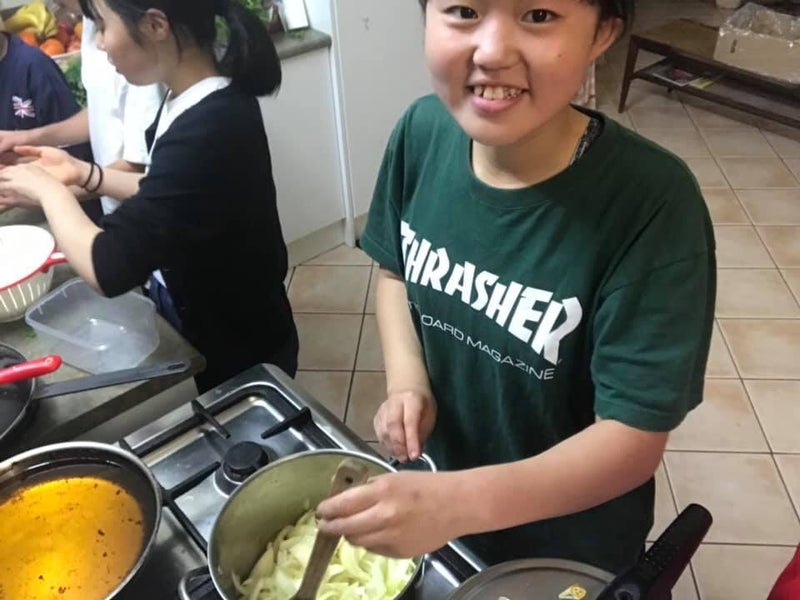 In the morning, I said goodbye to my host family. I received a letter from them and it made me happy. After that, Maki and others came to the airport. I was glad I could say thank you. Thank you so much.

On the plane, a male flight attendant took care of us. We got to watch movies for free. We were so happy.
We arrived safely to Narita airport. It was way too hot. I realised how Cairns was actually cool. Within five minutes I was sweating. The dinner while being exhausted and being hot tasted delicious.

We arrived at the hotel. We soaked in bath for the first time in a long while. It was all the more refreshing.

I'm thankful to so many people in Australia. 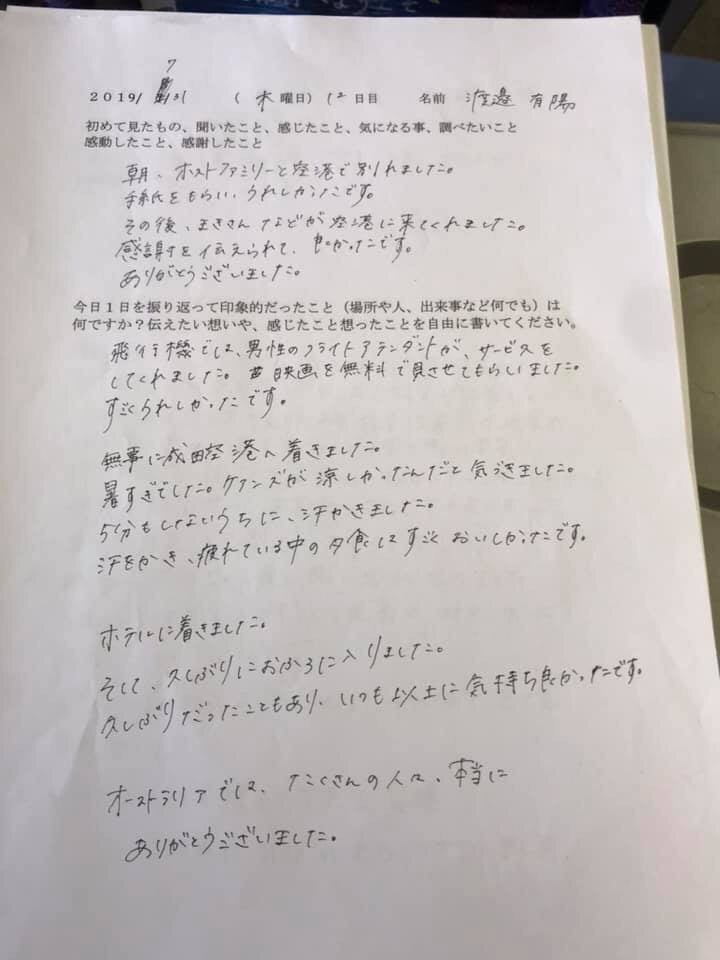 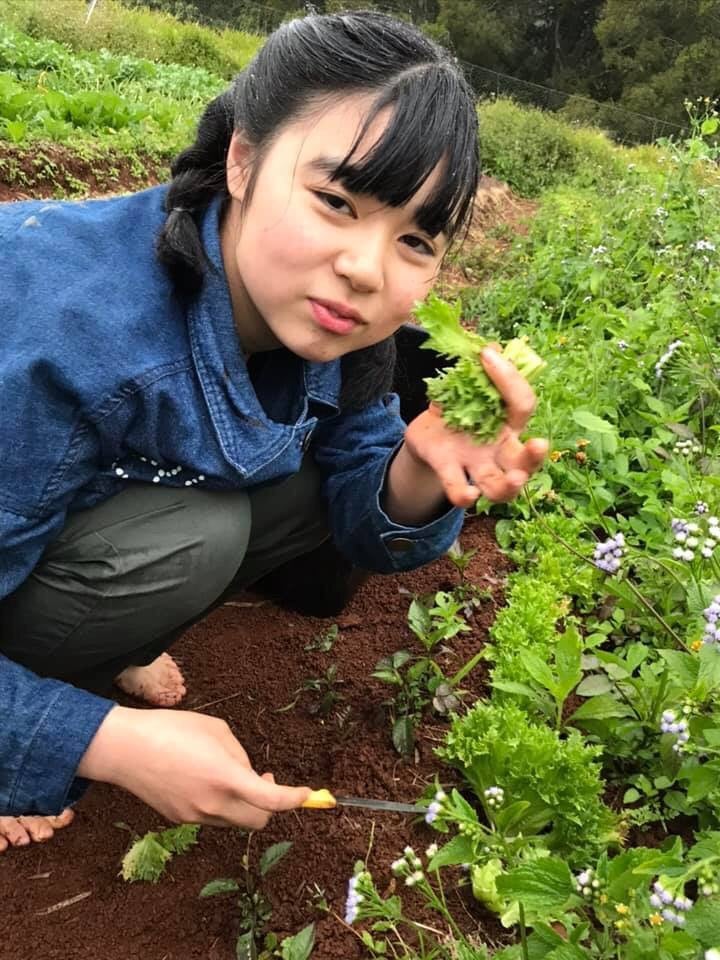 First impressions:
Japan (Tokyo) is humid and hot and I miss Cairns.

Reflections:
In the morning, it was very sad to say goodbye to Chris, Clare and Emi chan. Although I cannot see Emi chan, Chris and Clare said they plan on visiting Japan next year so I hope to be able to see them.
On the plane, there was a very kind flight attendant who gave us really friendly service.
It was a really fun flight.
Transit was also fun and it became a good memory.
Tokyo was very humid and it made me want to go back to Cairns.
I soaked into warm bath tub for the first in a long while and it felt blissful!
Thank you to everyone who supported us. 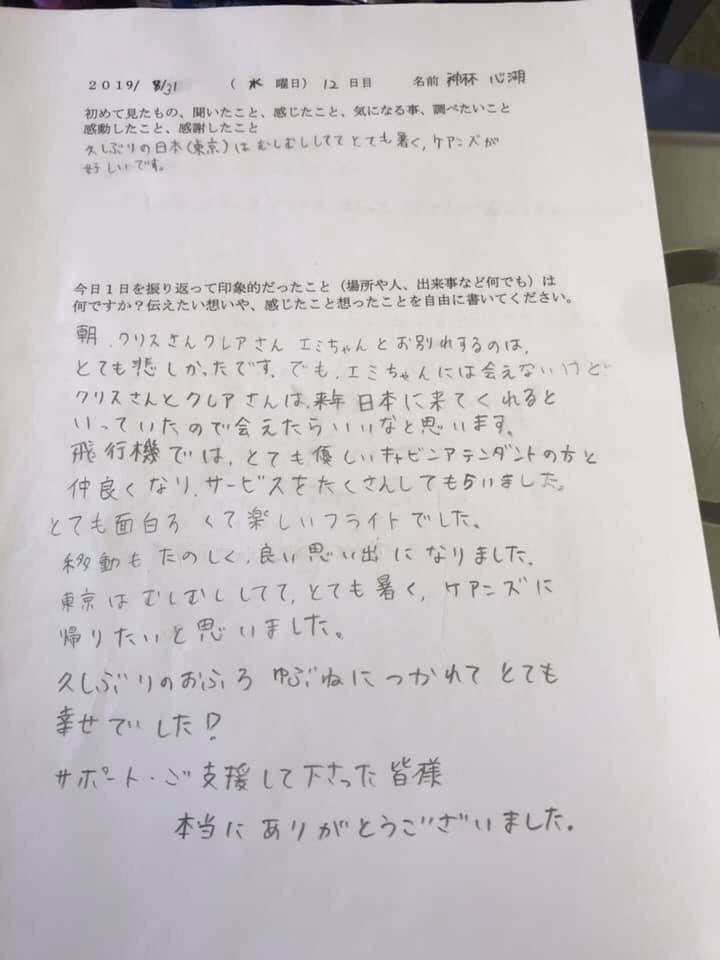 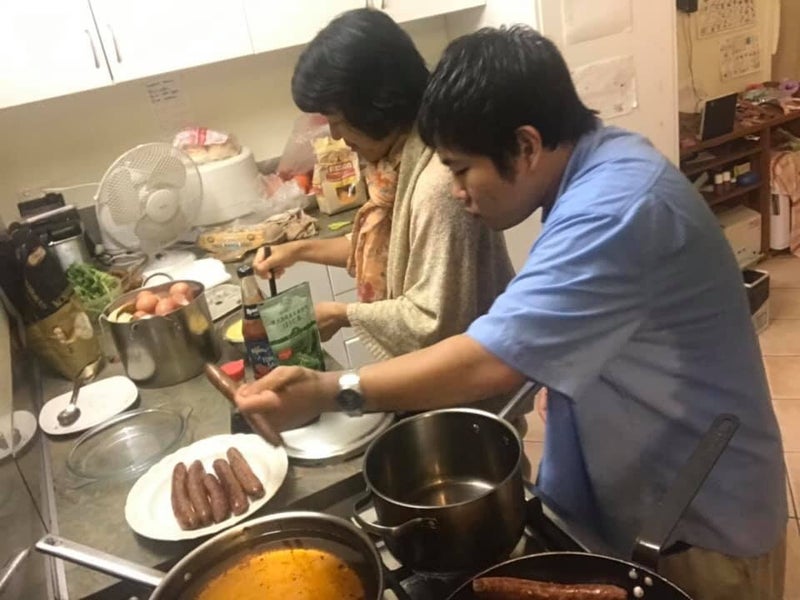 First impressions:
* Saying goodbye to Australia (Cairns)
* In-flight meal was butter chicken.
* Karin had a face expression she would not show to the staff and said something witty in an instant.

Reflections:
After 11 days stay in Australia, I was able to say proper goodbye to my host family.
* I came to really love Australia and thought that I would like to come back by myself.
* The view of Australian sea from the plane was magnificent.
* At the accommodation, I was able to talk a lot with some people from Fukuoka.
* I was able to talk about current situation in Fukushima and why they came from Fukuoka. I was able to take initiative in conversations.
* In the middle of the night, we all got together in boys' room and played cards.
* It was quite "recuperation" any more.
* I was the oldest but I could not stop them (from playing til late). 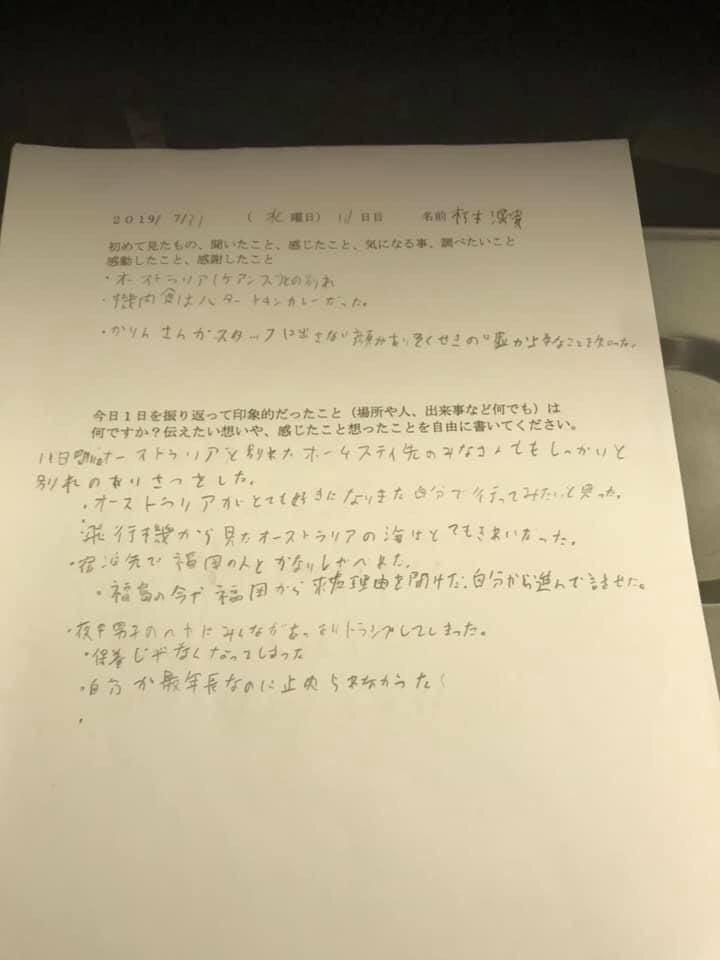 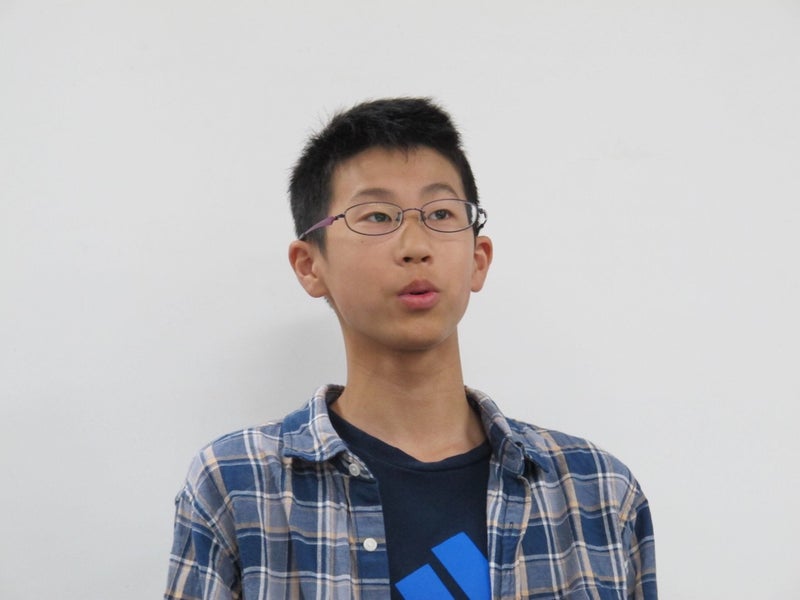 It was a day to say goodbye to Australia. It was sad.

Reflections:
Today, we departed from Australia. I was able to go Australia thanks to everyone's support, so I want to remember gratitude.
Also, the flight attendant showed us movies for free.
On the train, we played a card game called "Daifugo".
I played the game for the first time and learnt the rules. 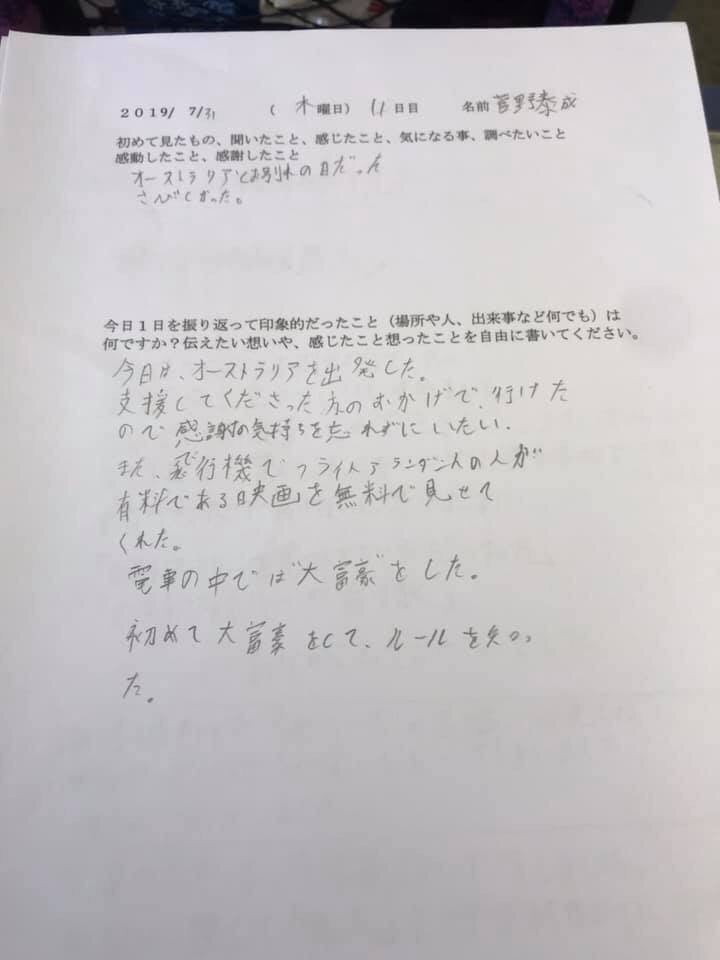 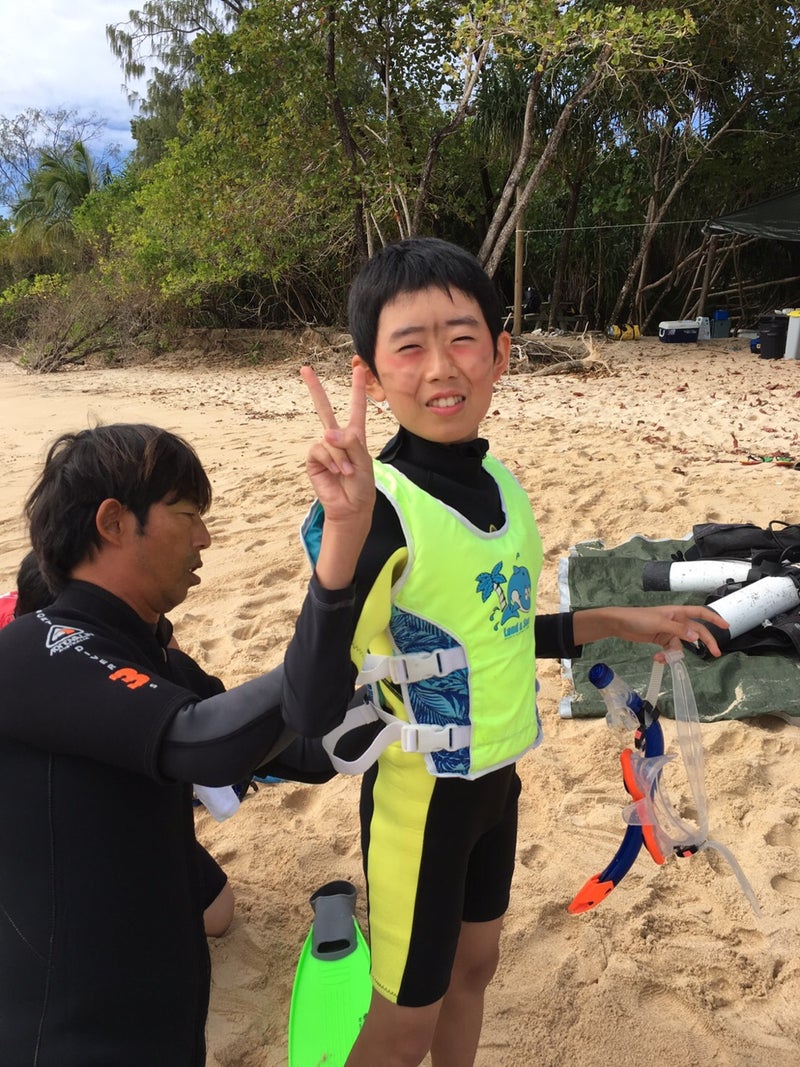 First impressions:
We departed Australia. It was really sad.
The flight attendant on the plane let us watch the movies for free. I felt really grateful.

Reflections:
Today was the day we left Australia. I felt really sad to say goodbye to Brent. However, it was all made possible thanks to the help and support of everyone, so I intend to go on without forgetting thankfulness.

We got to watch movies for free on the plane. Thank you!

On the train, we played UNO. We also played a card game called "Daifugo".

At night, we got silly and continued to play cards past our bed time. We reflected and thought we could have been better, especially when we are receiving so much support from people. 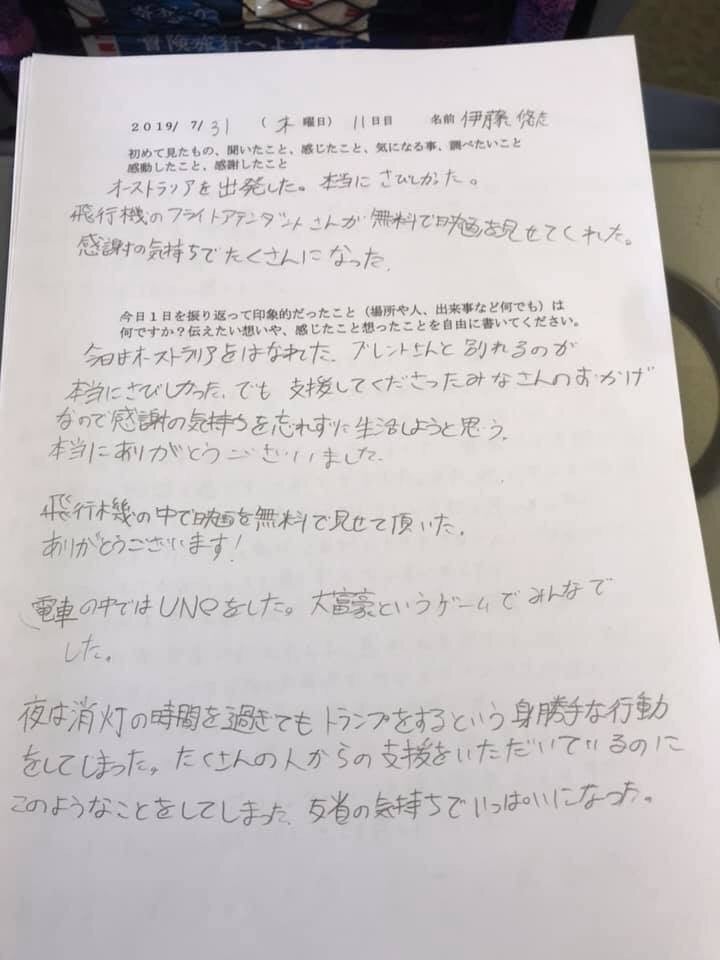 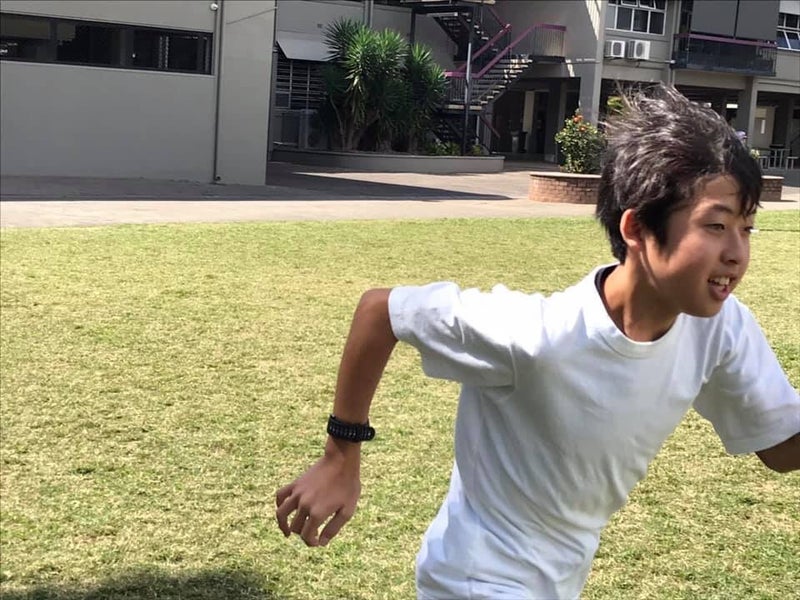 First impressions:
I saw the hotel room (of this particular accommodation) for the first time.


I watched movies on plane.

Reflection:
Today was the da we said goodbye to Cairns.
I decided that today I won't cry!!
I was able to farewell without tears. Also, I got connected with Omar via LINE app, so I can get in touch with him any time!!
I would love to go back to Cairns some day!!
To those who found us host families, and to all host families. Thank you so much!

---
On the plane, I became friends with a Chinese man, and he ended up treating me to movies and bread. Thank you!

---
On the train, we played a card game called "Daifugo". One of the players was so strong, that person got called "Monster King" lol.

I arrived at the hotel. I'm going to go play UNO. 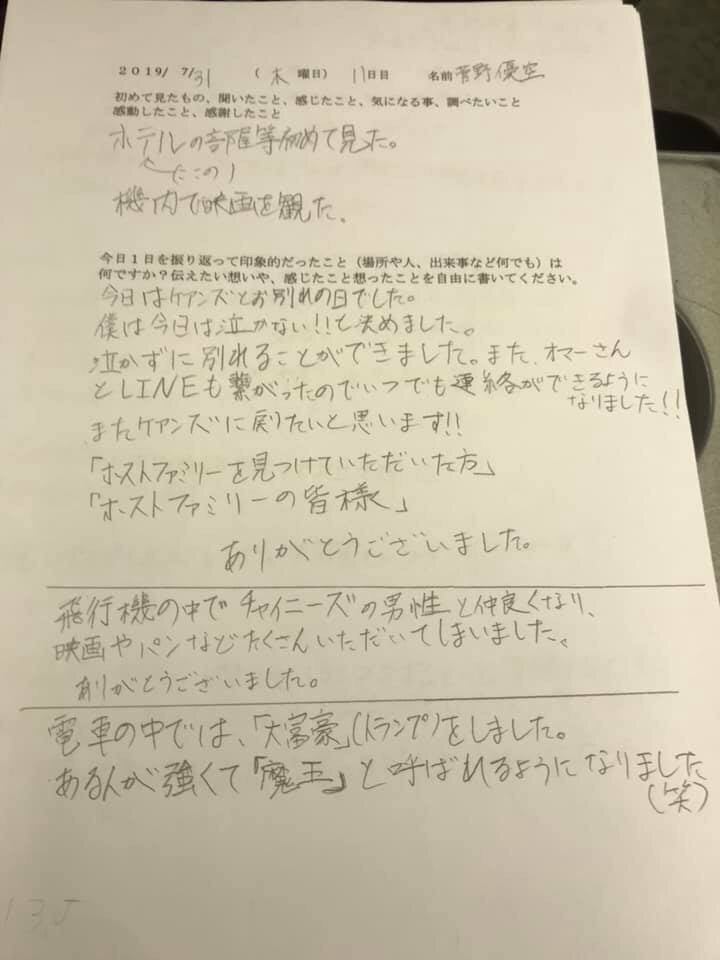 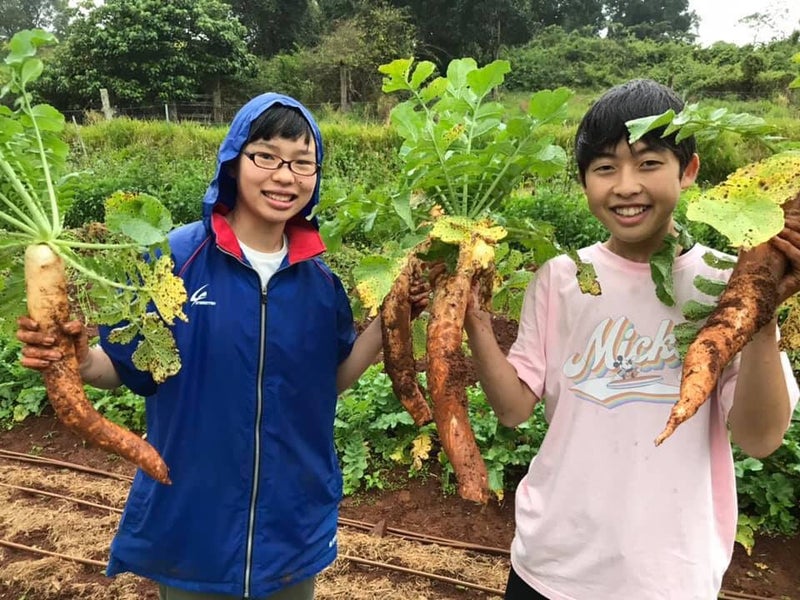 First impressions:
Today, we said goodbye to Cairns. It was very sad, but I was happy that Masayo, Jun, Yoshiki and Maki came to the airport to see us off. Due perhaps to the fact that Japan is more humid than Cairns, the moment we landed at Narita airport, I started to sweat. Japan is a good place, but I felt that Cairns is also a good place. It made me want to go back to Cairns.

Reflections:
One of the male cabin attendant treated us very kindly on the plane. Once Mr Kodama talked to that person, we were able to watch movies on the plane. Normally you'd have to pay to watch it, but we could watch it for free. We were very happy.
I watched two movies and played many games. I also listened to music. It was a pleasant flight. He also gave us great service and I really admired him.
For dinner, I ate spaghetti with shrimp and tomato cream sauce. It was so delicious I walloped it. The accommodation was a youth hostel. It had a great atmosphere. After checking in, I went to the room. It had large windows and it was very spacious. After that, it was bath time. There, I met a lady who lives in San Francisco. She said Japan is a very good place. I agree that Japan has beautiful landscapes, such as cherry blossom and Mount Fuji.
To everyone in Cairns and to all who supported us, thank you so much. We loved our days in Cairns.

THANK YOU VERY MUCH. 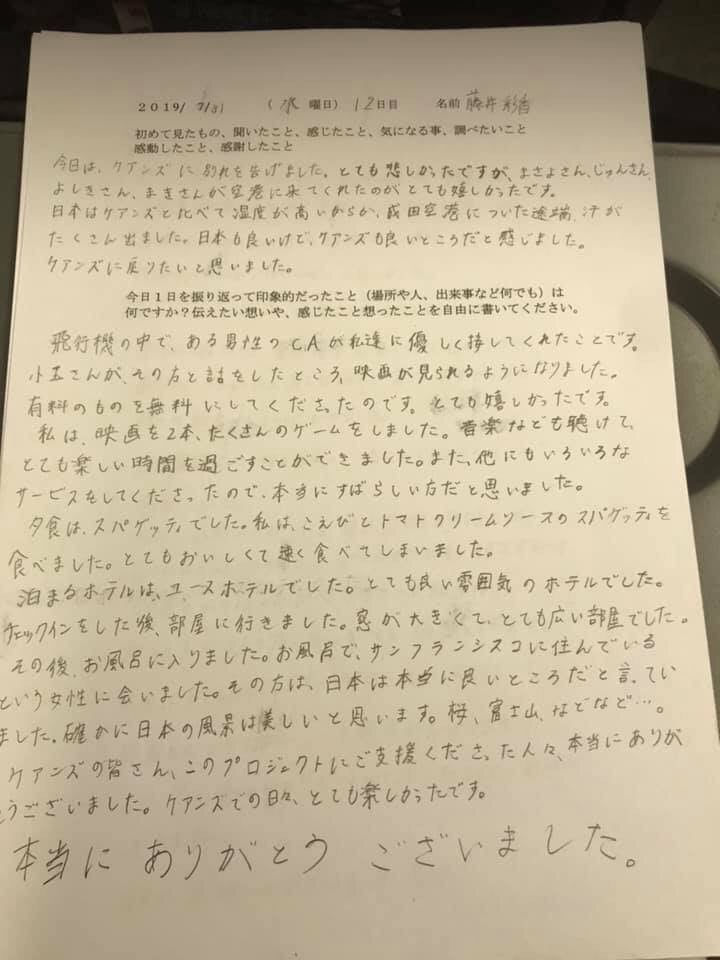