Hello everyone, this is Smile with Kids!

We are going to hold a Refresh Camp for Fukushima Kids in July 2019.
Toward that, we are planning some fund raising events and holding stalls in festivals.

If you are interested in those volunteer works or the volunteer host families, please do not hesitate to contact us!

Here are some voices from the current volunteer working staff & volunteer host families. 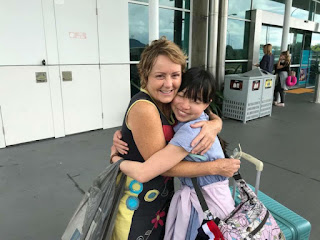 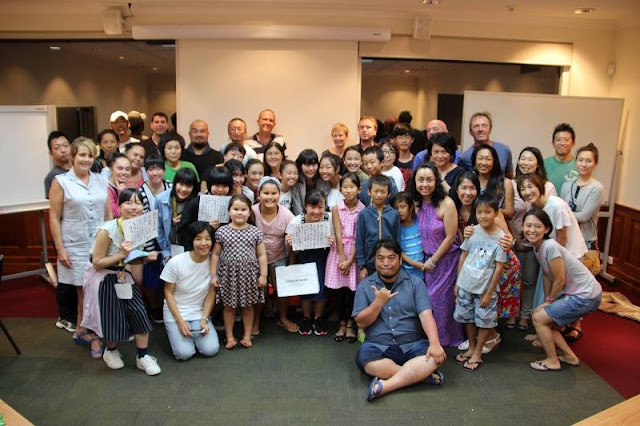 
“After getting involved in Smile with Kids, I began to get more interested in charity volunteering. It made me feel like I want to be of help when there are other charity opportunities. For example, when there was a flood in Fukuoka, there was a charity event organised by people mainly from Kyushu. I remember taking time off work to help out at stalls. Before, I did not think about taking part in charity event to the point of taking time off work to do it. …At first, I just enjoyed meeting new people by participating. Gradually, it became something deeper. There was a change of awareness within me and I started to think more about the meaning of supporting those in need. I started to reflect on what I do what I do, and there was a shift of thinking in me.”


Caroline Diamond
“I’ve been participating in the program as a host family. … For me, this program is about experiencing Australian life. The essence of it is the ability to experience nature without concerns. It’s about being able to sit out in our backyard overlooking the rainforests. I remember taking one of the boys from a couple of years ago to Copperlode Dam, where we get our drinking water from. We would go out, see wildlife, have a cup of tea, walk along the water and see the little turtles in the water. It’s also about cultural exchange, and getting to know each other.”


Cairns Jun
“I run a Japanese community radio station in Cairns. … For the first time, I participated in talk event with children from Fukushima. The image of “Fukushima” has been represented in so many ways through different media. Until I met them in person, I had my own views of what Fukushima was like. However, when I met them in person, talked to them and spent time with them, I realised some of the preconceived ideas have been challenged. I realised the importance of actually meeting and talking to people and building understanding through that.”


Yasuyo Mackenzie
“I’ve helped out with creating slide shows that were used at the annual charity event to introduce what Smile with Kids is about. I’ve also participated as a host family. … Through helping out with producing the slide shows, I understood better what the program aims to do. … I believe that there are some things that can only be told through the eyes of children of Fukushima. For example, stories about how families had to live apart from each other, how friends kept leaving one by one, how each of their lives dramatically changed after the nuclear accident… It’s their real stories, and I hope these stories continue to be told and heard.”


Miki san
“I work as a school teacher here. …I got involved by making donations when I went to shops, shopping at stalls in Japan Day of Hope charity event, and my son participated in kendo demonstration at the event, too. … I also had the opportunity to be a host family, and it was a very precious experience. I felt that the post-disaster reconstruction process is still going on, and people are still making a lot of effort. … Until now, I would only hear about what is happening in Fukushima through mainstream media. However, being a host family and having gone to the talk session. I was able to hear what’s happening from the people that actually live there, and that was really helpful. In this day and age of internet, there is abundance of information. I thought it’s important to be more mindful of what information I get. Also, through this program, I became more involved with the Japanese community in Cairns, and I also learnt that it’s important to have an approach of doing something consistently over long term, even if it’s something small.”


Emi Kamataki
“I have been donating funds I raised through my sumie artwork and classes. I have also been participating as a translator. … I felt that children’s words are powerful. What you hear about Fukushima through media or adults involves information such as the level of radiation. However, I came across a comment by one of the children participating in the program; ‘I started to no longer enjoy the television game I loved so much’. With that one sentence, I felt that I could understand what was happening there…”


S.S: “I had heard about this program before, but I got to know it better when a donation box for this program was placed at the gift shop I used to work for. I’ve been participating in this program in various ways. For example, I’ve been volunteering at the annual fundraiser event, Japan Day of Hope. I’ve helped run stalls as part of a traditional Japanese tea ceremony club or as part of a gift shop I used to work for. In the most recent fundraiser event, I helped out at the reception. There were opportunities to explain about the event to people who came. I’ve especially found it meaningful to explain it to local Australian people. They gained some understanding about the 2011 disaster and took interest in donating and watching the slide show about the program during the event. My family migrated to Australia largely due to the consequences of the Fukushima nuclear power plant accident. Therefore, there was a lot that I could share, and I felt that I wanted to continue serving in this role again. I have also been helping out with translating blogs to English. I work full-time, so I get involved with what I can, when I can.”


Y.S.: “I don’t have a specified role. I see myself as a supporter who encourages and cheers the team on. During the refreshment camp, I take the initiative to talk to the children and ask some questions that might help expand their horizons. In so doing, I also help create an atmosphere that make them feel like they can speak up. I feel that the children who come to Cairns have the ability to take in and learn new things at the point they choose to go overseas. Being in their early teenage years when they are receptive to many things, I would love for them to listen to various views, and equip themselves with the ability to think and look up things for themselves.”

Yuka Nakamura
“I’ve been involved in various ways. In the past, I have helped raise funds by running several activities, such as teaching children how to do origami, busking, and organising collaboration workshop of origami and pastel art for special occasions like Mothers’ Day and Christmas. When I worked at a local school as a teacher, I organised fundraiser event and also invited children from Fukushima to visit the school. During refreshment camp, I participated mainly as a translator. That said, since I used to study about Australian animals, I remember talking about Australian animals and wildlife to children. … One year, there was a girl who showed interest in many things. I remember pointing to termite mounds while driving to a farm and explaining that many white ants build them over many years. After that, she kept asking about names of birds and names of star constellations at night time. We still keep in touch. After returning to Japan, she told me she learnt the importance of taking steps towards your goal. She wanted to get into a particular high school, so she studied very hard, and she became top in her class. I felt that the impact of the refreshment camp on her was very significant. Also, I remember when the children did their speeches in front of the entire school on their final day. They were so confident and I was amazed how much they can change in such a short period of time. I also felt a change of awareness in children at local school, and it was really great for them to learn about what is happening in Fukushima. There are so many memorable moments. 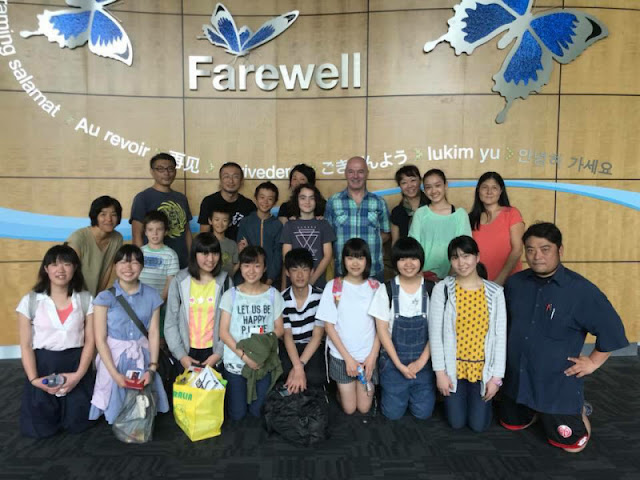 If you could help any stalls of events in the future as a volunteer, please let us know.

Of course any other volunteers such as host families for the Fukushima Kids are more than welcome.

Thank you very much!!